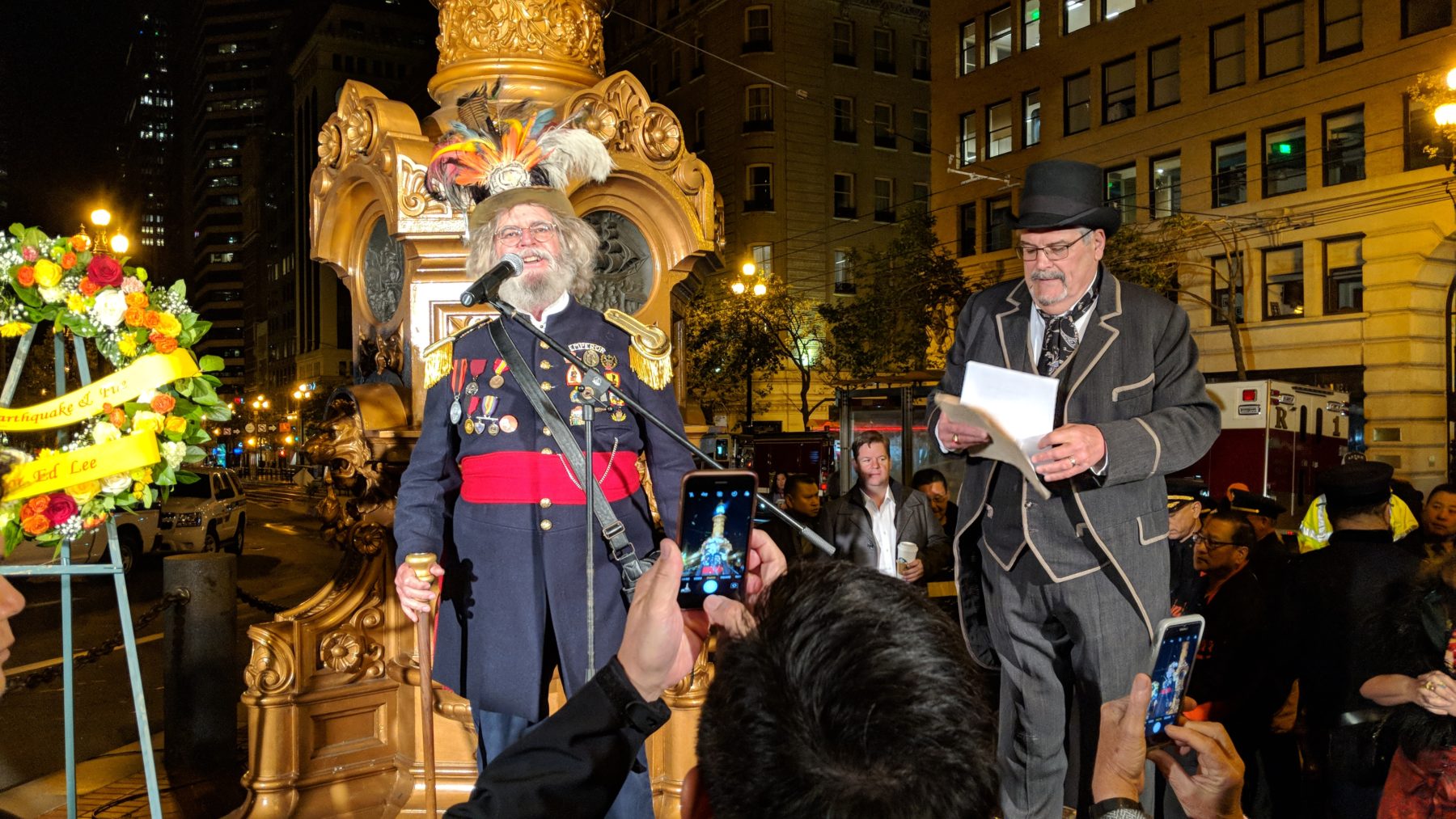 Every year in the early morning hours of April 18th, a group of people gather at Lotta's Fountain in San Francisco to commemorate the anniversary of the 1906 earthquake and fires. It's not a large group - sometimes it seems like the press outnumber the attendees. Folks, many who have links to survivors of the quake, some dressed in period clothing, gather to remember the event and the devastating impact it had on the city. There is always a call to be prepared. The next "big one" could always be just around the corner.

The short ceremony always has the same schedule. It goes as follows:

5:15 a.m.: Announcement/invitation to paint the Golden Hydrant at 20th and Church streets, which saved the Mission

The Unofficial Anthem of Survivors

I remember being caught off guard the first time I attended the ceremony by the song "San Francisco". I had heard it before, but I didn't know all the words! The sing-along is not just a tradition, it's a meaningful anthem of the survivors of the quake. In my opinion, it's an important tradition that we carry on.

Here are the lyrics so you're not left out when you attend!

It only takes a tiny corner of
This great big world to make the place we love;
My home upon the hill, I find I love you still,
I've been away, but now I'm back to tell you...

San Francisco, open your golden gate
You let no stranger wait outside your door
San Francisco, here is your wanderin' one
Saying I'll wander no more

Other places only make me love you best
Tell me you're the heart of all the golden west
San Francisco, welcome me home again
I'm coming home to go roaming no more

Melissa is a writer, serial entrepreneur, and a heart mom. She started Survival Over Surrender in May of 2019. She lives in Bodega Bay with her husband Cole, son Apollo, two dogs and two cats. She enjoys cooking, writing, photography, live music, daydreaming, and convincing herself to get outside because she's always happiest when she's exploring.

This site uses Akismet to reduce spam. Learn how your comment data is processed.